This is the History page for the Horspath Community Hub.

Second Opening of the Methodist Chapel, 2014

The second opening of the Methodist Chapel was on June 7th, 2014, when the Methodist Chapel became known as the Horspath Hub at the Old Chapel. The whole village was invited. The chair of South Oxfordshire District Council performed the opening ceremony. Past and present ministers joined in the opening party. Rev. Rosemary Davies, Rev. Emma Pennington and Sheila Frankum, the chair of Friends of Horspath, cut the celebration cake which was made by Daphne Tilling. At the celebration Sheila said, “It is hoped the Horspath Hub at the Old Chapel will last another hundred years as a place of welcome and community.” 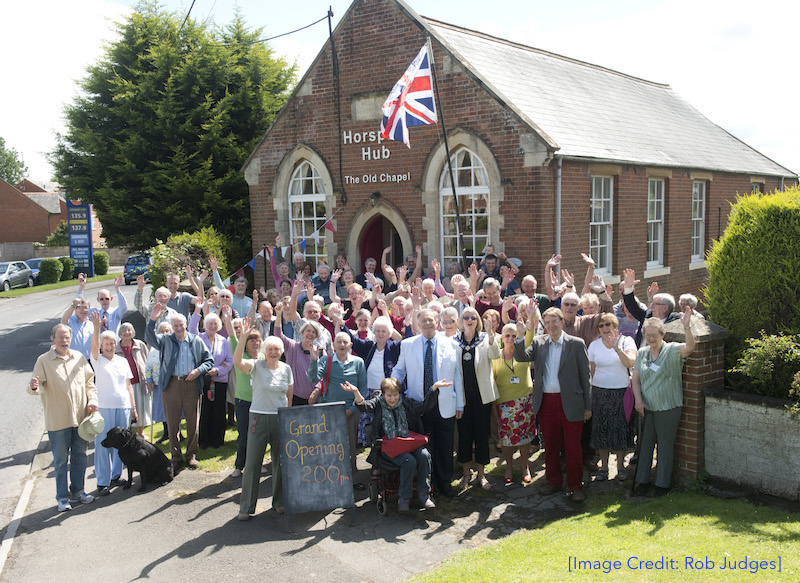 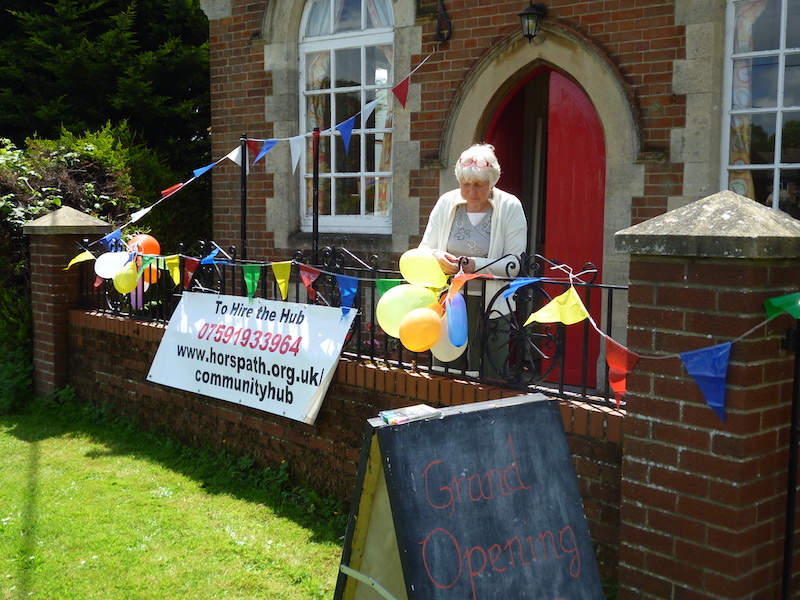 Preparations for the big day. 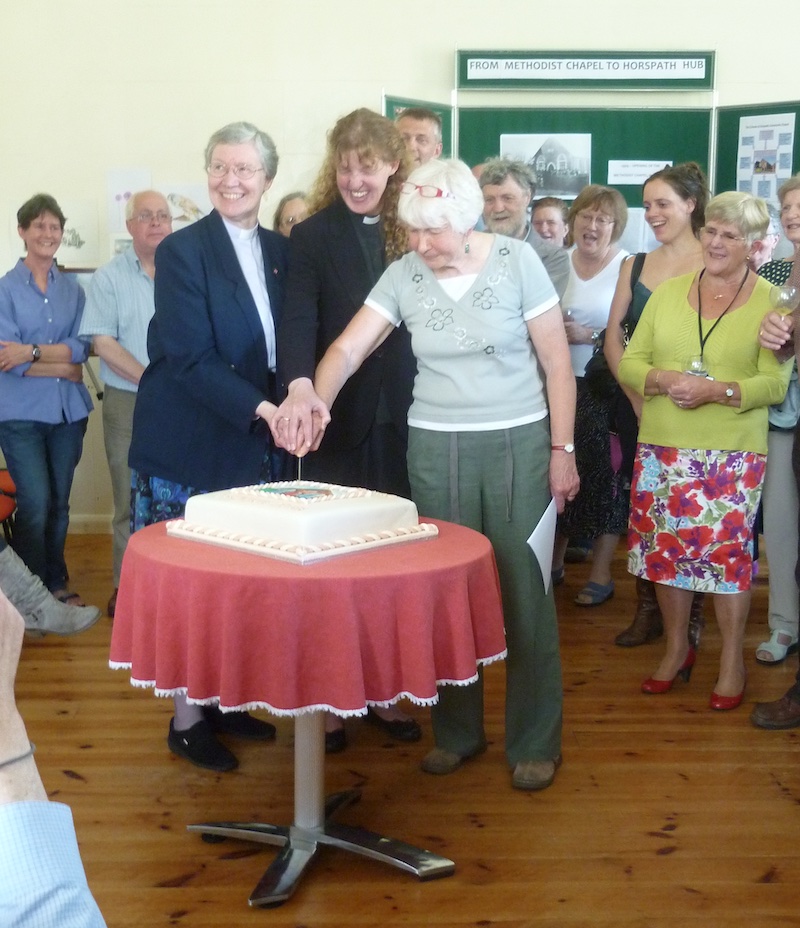 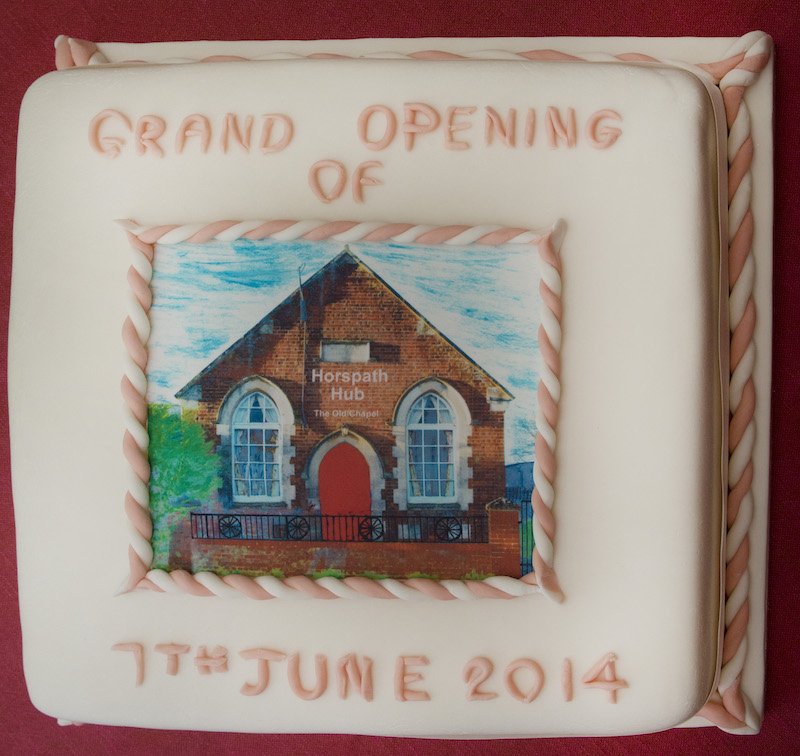 The cake made by Daphne Tilling.


The First Opening of the Methodist Chapel, 1910

The single religious Census of 1851 revealed that over 50% of churchgoers were Nonconformists, and the rapid growth of Wesleyan Methodism both in Oxford and all the surrounding villages comprised a large part of this social change. In Horspath, from the 1860s, cottage meetings were held for prayer and discussion groups and in 1871 a purpose-built wooden chapel was opened in Oxford Road (on the left where no. 12 now stands as one enters the village). This building is shown on the 1886, 6-inch OS map marked as "Wesleyan Methodist Chapel". The population then was around 370 (during the period when the school, railway, field boundaries and enclosure roads were created and the restoration of St Giles' Church completed) so that the new Chapel became yet another aspect of the many changes in Horspath between 1850 and 1880.

With these changing times, social attitudes also changed and Chapel attendance thus increased steadily; so much so that a new, larger brick-built Chapel was envisaged under the energy and guidance of the minister, William Lindsey. In 1909 a plot of land was acquired and today's Chapel built, at a cost of £401, featuring a simple box-like structure and a slate roof, with an annexe to the south to house the Sunday School. It was opened in 1910 - a photograph of the event shows over 50 people in front of the Chapel with the Revd. Lindsey in the centre [see below]. The previous chapel was then sold to Merrick Fowler of the Manor, who converted it into the Parish Reading Room and which was later demolished just after the Second World War.

The Chapel was to last as a place of worship for 100 years and enjoyed good attendance and support as a focus of Horspath life. An organ was donated by the Schoolmaster, Mr. Booker, which has previously seen service in the Manor House. The First World War caused three Horspath Methodist men to be killed and a plaque was erected to commemorate them - strangely, only two were also named on the plaque in St Giles, while the third did not; the reason being that he was killed in a munitions accident in this country and not on active service. There was later even a Horspath Methodist Boys' Football Team created by builder Charlie Harris, a dedicated Methodist churchman in Horspath.

Although not changing externally over that period, a kitchen, toilet and heating were installed and the interior decorated, which transformed the building into a very useful Parish Room and Community Meeting Place. During the 1980s links were forged with St Giles and regularly alternating services and supporting functions were held monthly in both Chapel and Church, though the Sunday School had previously met in the Chapel for many years. The Methodist community was a strong one and only the last decade of the Chapel saw a decline in numbers and worship, which was to cause its closure as a Chapel - a situation sadly reflected in many parishes just like Horspath and throughout the country. The work that the Methodists started could continue for many more years and is every reason not to lose this historical community asset.

A photograph of the opening ceremony for the Wesleyan Chapel, February 3rd., 1910. Built at a cost of £400, the Chapel replaced an earlier building a few yards further along Oxford Road, which had opened as a Chapel in 1871. This 1910 Chapel was to last 99 years as a place of Methodist worship, and is now the Horspath Hub. Over 50 people attended this ceremony, testament to the strength of Methodism in Horspath at this time.
[Horspath Scrapbook]